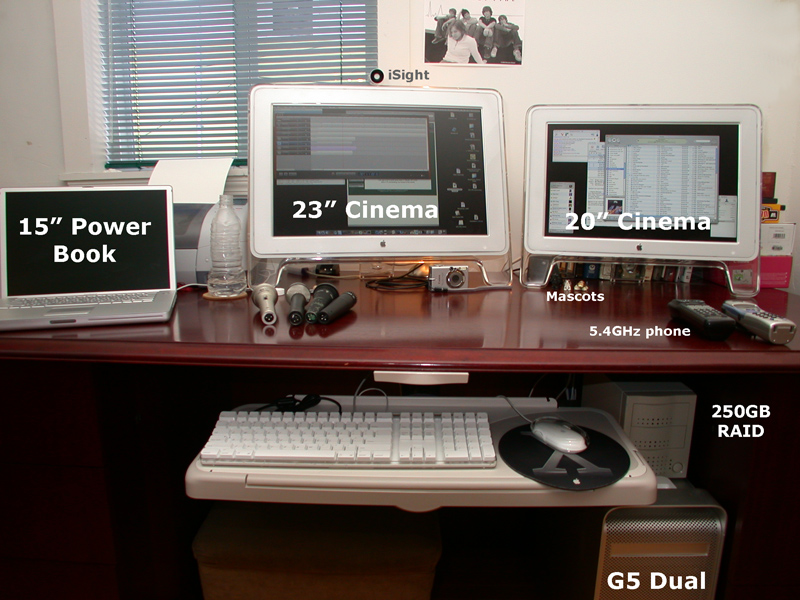 The irony of this situation is that even while employed by various companies in roles that revolved around computers, never have I had the luxury of having "modern" equipment on my desk. At most of my places of employment, I'd bring in my home laptop to use because it was better than the "standard issue" systems. Even after scavaging the best components available, I'd bring in my own hard drives and memory for "issued" systems to get them up to par.

What's comical is that IT staff often purports that they're saving money by extending the useful life of their systems. That's just plain silly. For starters, it does not take into consideration the productivity of the person using it, but that's not part of the IT budget, so we'll skip past that for now. The standard usable life of a desktop PC is widely recognized to be 5 years. This is recognized by the IRS and nearly everyone else for that same reason. The issue then comes down to usability.

How usable is a 3 year old computer to a typist? To a programmer? Obviously the answers are quite different, yet they are often treated quite the same. If you want maximum productivity, you give a programmer the fastest computer that can reasonably be afforded. It's also widely accepted that it costs more to upgrade a 3 year old system to it's modern equivalent than it does to buy a new system. For the sake of budgeting for heavy computer users, one should plan on replacing all their computers every three years.

Now here's where it get's fun. If you are going to replace your system every three years, you will be spending 1/3 of that systems value each year. At the end of three years, you have a system with meager value, good only for making a few bucks off eBay or gifting to the disadvantaged. Rather than holding onto my systems for 3 years, I replace them every year. I have encountered no difficulties selling the year old systems for two-thirds the value I paid for them. That is partially because I buy only when I can get a substantial discount on the purchase price.

The result is that I end up spending quite a bit less to keep my systems up to date. Almost as little as if I kept my systems for a full five years! I have complete accounting records to back up this theory. The most important part though is that it's much more gratifying to me, a technologist to always be using current hardware. A happy geek is a productive geek.

The Network People The Art Farm